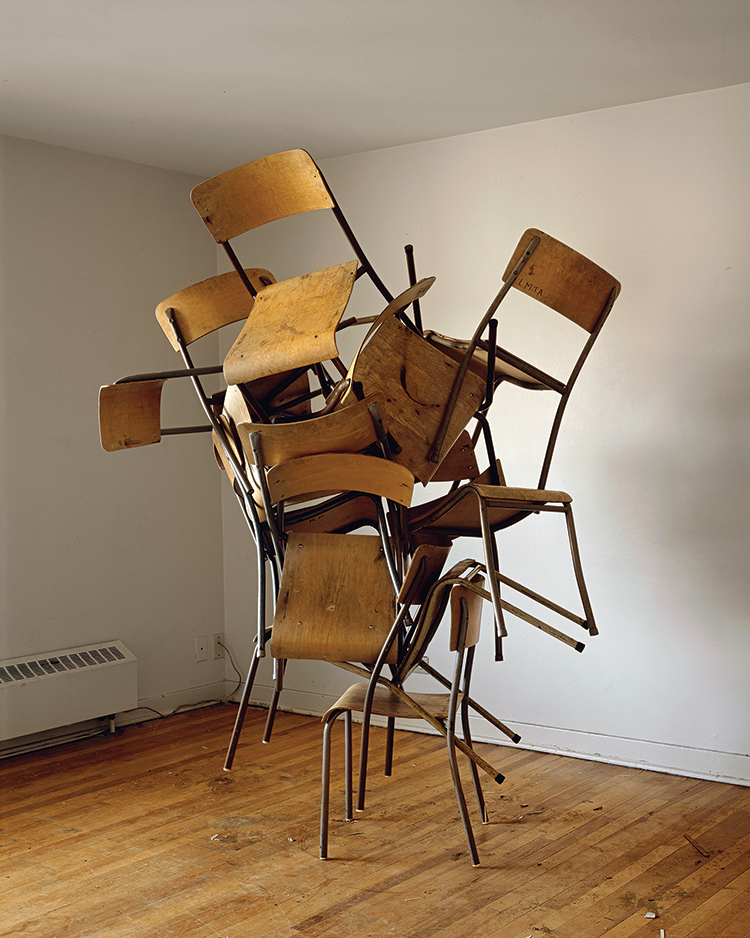 Birch Libralato is pleased to announce James Nizam’s exhibition, Memorandoms, which continues Nizam’s use of vacated domestic interiors as the backbone of his photography, the provisional location of his studio, and the source of materials. In this case the site is the former Little Mountain housing project on 33rd to 37th Avenues, between Ontario and Main Street, what was the oldest public housing development in Vancouver, recently demolished to make way for a higher density combination of market condominiums and social housing. At one time these low-rise buildings situated around grassy common areas across the street from Queen Elizabeth Park would have been attractive housing. Large windows threw light onto hardwood floors of square well built rooms, but that was decades ago. Two years ago Nizam was granted access to the slated complex where he assumed residence to an empty third floor apartment. There he set up a camera, and over the course of several months, documented a series of ephemeral sculptures that he constructed from accumulations of remnants such as doors, drawers, shelves, and various other standardized architectural furnishings. Similar to each of Nizam’s previous photographic series two dominant and constant ideas persist with this new body of work: the lost or abandoned domicile, and that the personal is political. In Memorandoms, though the type of the home used has shifted towards the social, Nizam’s work in them continues to move towards greater refinement and sophistication.