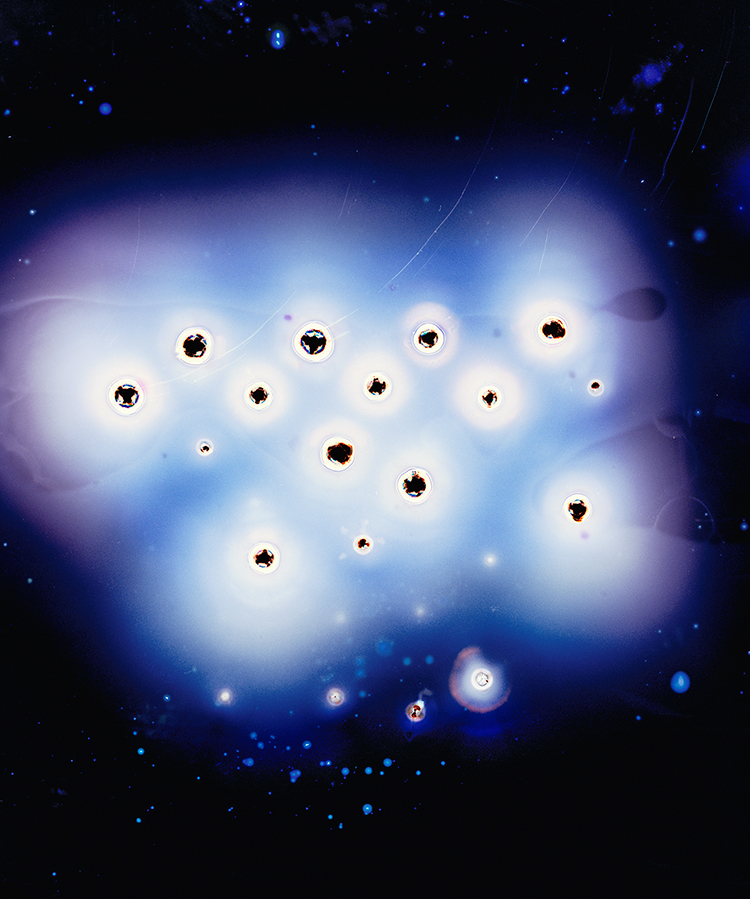 “I know of a greek labyrinth which is a single straight line.”
(Jorge Luis Borges)

James Nizam opens his first European exhibition, this fall, with an appropriately introductory selection of work; but also one indicative of a practice’s advancement through a kind of return. Culling from his last body of photographic images, “Curious Perspectives,” Nizam reveals a new series to run alongside it, producing an important contrast that reads like a conversation’s extension, or even completion, regarding the intrinsic qualities of his chosen medium.

Nizam employs the eye — and as an extension of this, the aperture — as his pivot point. Whether exploring the optics, breaking points, and possible patterning that extends outwards from its foundation; or reflecting on the artful possibilities that lie within its mechanism, Nizam returns us to an essentialist conversation on the still-evolving photographic form.