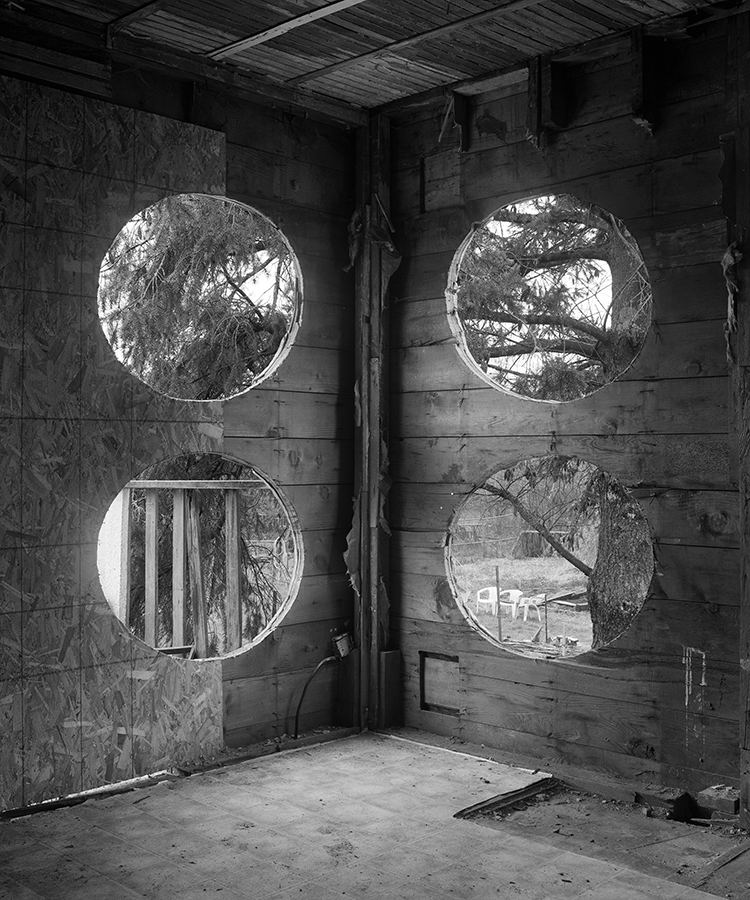 Curious Perspectives, James Nizam’s third solo exhibition at Birch Contemporary, opens with a title aptly borrowed from French mathematician Jean François Niceron’s 1638 treatise on the practical applications of perspective. As in La Perspective Curieuse, Nizam’s work demonstrates an affinity for natural magic: an alchemy of position and perspective, light and shadow, and of temporality, sequence, and technique. Just as Niceron held that optics are as much concerned with illusion as they are with the distinct properties of light, Nizam’s work occupies a complex physical and temporal space where perspective is both, a precise science and a natural magic. It is exactly here, in Nizam’s own view, that the unique position of the lens in time and space may capture our curiosity. “Curious”, then, does not regard the optical trick but, instead, evokes imaginary perspectives; immaterial and material coalesce in a series of photographic works – each carrying a quality of the impossible. 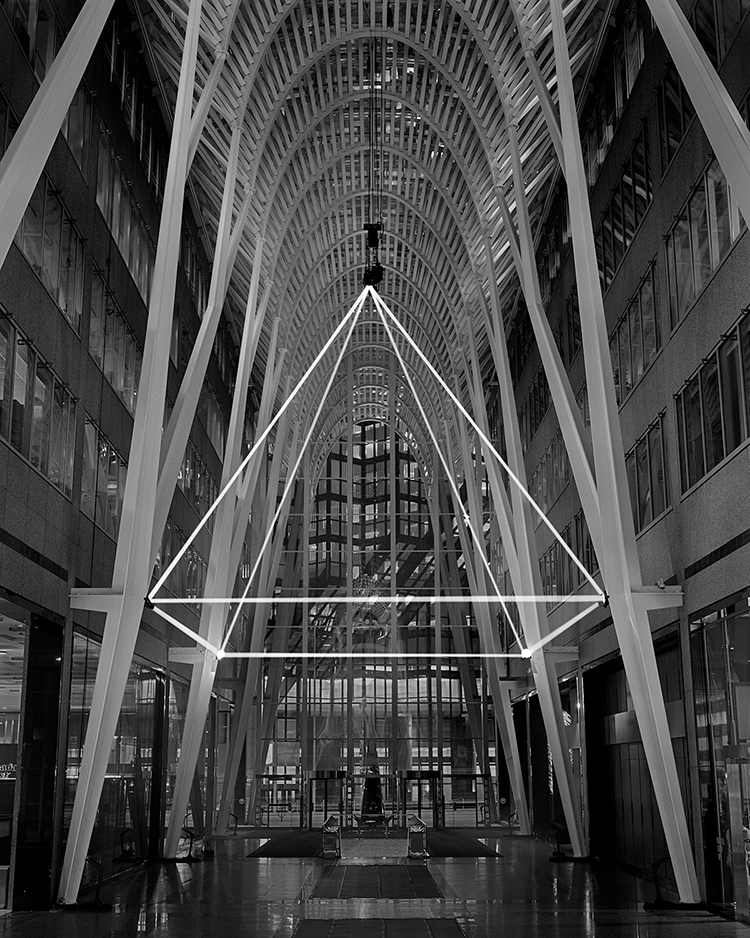 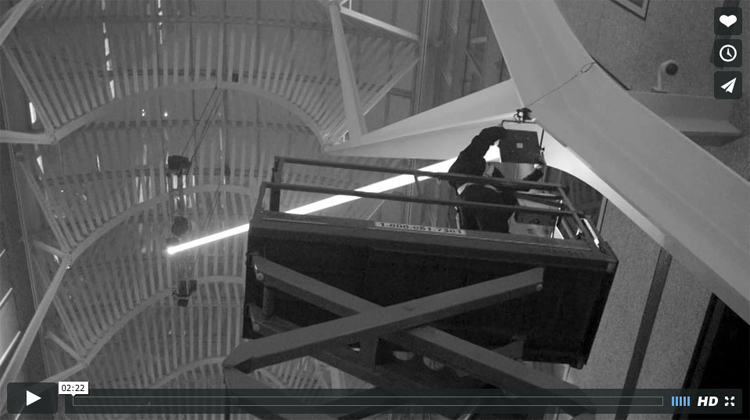 Fleeting, liminal, and ultimately existing only as a photographic document, James Nizam’s image of a luminescent pyramid activates the architecture of the galleria at Brookfield Place. Part photograph, part sculpture, this deceptively simple geometric form invites a deconstruction of how light and shape inform our perceptions of a space. The act of viewing is challenged as the eye moves between the image and the space in which the light sculpture once existed.

Working at night, Nizam’s image was constructed through an isometric projection captured by a series of in-camera multiple exposures assembled into the shape of a pyramid. An individual beam of light was suspended high in the galleria’s cathedral-like ceiling, refracted with mirrors, and made visible to the camera through the use of mist generated by haze machines. Commissioned for Brookfield Place, Nizam’s Pyramid is hung precisely where the complete structure would have been in a layering that pulls at the complex temporality of the work. The Vancouver-based artist has adapted the approach he developed for his Thought Form series (2011), where he manipulated sunlight through a hole in his studio wall to create dynamic geometric forms. Here, Nizam uses artificial light to create a large-scale, site-specific public installation for the first time.

The significance of the pyramid form dates back to ancient theories of perception. Nizam has often engaged with historical techniques such as the camera obscura and pinhole camera; both are typically explained diagrammatically with a pyramid whose apex begins at the viewer’s eye and extends outward to its base at the object that is being viewed. Referencing these images and ideas, Pyramid highlights spatial reasoning and photography as practices that are bound by their shared reliance on light, structuring the ways we visually process the world.